The Promise (And Challenge) of Using Drones for Deer Surveys

Many parks in Southern Quebec are currently facing issues related to white-tailed deer overabundance. The Gault Nature Reserve is no exception. For the past several years, researchers have been monitoring the deer population to better understand its distribution, its changes over the years, and its impacts on the Reserve's biodiversity. What they learn from this will be key to developing appropriate conservation strategies to ensure sustainable biodiversity management at the Reserve.

Undergraduate biology student Savannah Bissegger O'Connor's experimental white-tailed deer survey project is one of five projects selected for the 2022 Gault Research Awards. Savannah's research used a drone equipped with a thermal imaging camera to survey the Reserve's white-tailed deer population. This promising new tool could facilitate the work of biologists and help park managers keep an eye on the population sizes of species of interest. 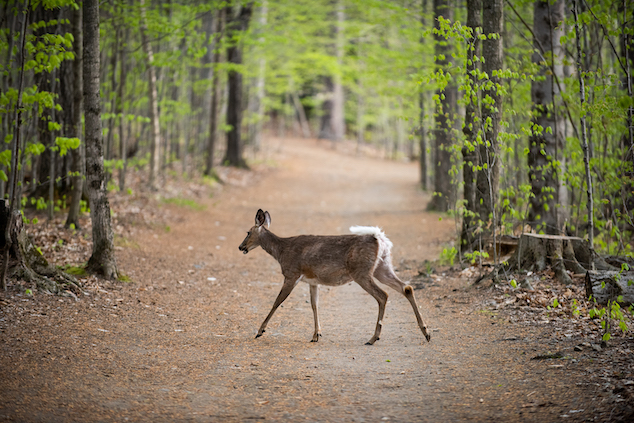 Traditional methods such as helicopter surveys and counts performed on foot can be expensive and labour-intensive, which often limits how often they can be repeated. New technologies like drones are an exciting avenue towards more inexpensive, accessible, and even more environmentally friendly aerial survey methods. In our images, there is a thermal contrast between warm-blooded deer and the cold background. This makes the deer light up in thermal images, and allows for sampling in low light conditions.

What motivated me to do this research project?

Towards the end of my degree in biology at McGill University, I was looking for ways to complement my academic journey with more practical and marketable skills, so I started a minor in Geographic Information Systems (GIS) and Remote Sensing. Last winter, I met with one of my professors Dr. Tim Elrick, the director of the Geographic Information Center (GIC), to inquire about starting an independent research project. We quickly found that our interests aligned: in the year prior, Dr. Elrick started a project counting deer with the GIC’s research-grade drone at the Gault Nature Reserve. As for me, I had recently finished a summer internship at the Reserve, so I was familiar with the challenges they were facing with a growing deer population.

We both knew that continuing this project would be important, as it would provide a new and innovative way for the Reserve to monitor deer. 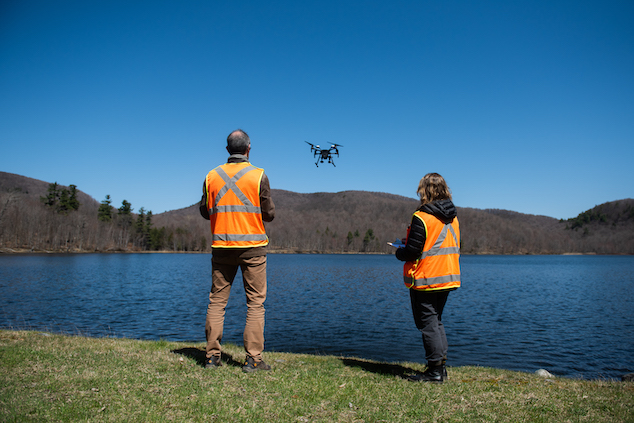 GIS, remote sensing… what is it?

GIS is a tool for people who enjoy mapping and visualizing data in geographical space. Remote sensing is a method of collecting data from a distance, by measuring an area’s reflected and emitted radiation with sensors that are attached to platforms like satellites, aircraft and drones. Remote sensed data and imagery is often integrated into GIS to draw meaningful conclusions about these areas.

A typical sampling day in the field

Flying over the entire mountain with our drone in one sitting would not be possible due to limitations (namely, battery capacity). We had to scientifically select 15 sampling sites on the mountain and then find suitable drone launch sites, which were visited over multiple days. These samples allow us to estimate the density for the entire area.

Since Dr. Elrick has his drone pilot certificate, he was in charge of operating the drone following all standard safety protocols. I would take measurements, such as wind speed, to ensure that our flying conditions were optimal.

Once the drone was in the air, it automatically followed our pre-planned flight path, but this did not mean our work was over. I was the designated “visual observer,” which means I was in charge of maintaining a visual line of sight with the drone, and communicating with the drone operator, to avoid all collisions with trees or birds. 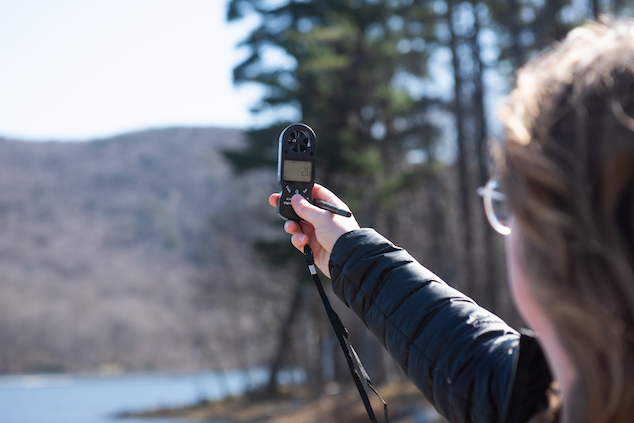 The field of remote sensing via drone and thermal camera is still in its early and experimental stages. Even with extensive planning, many unforeseen challenges arose that required last-minute adaptability. Here are two of the greatest hurdles we faced: 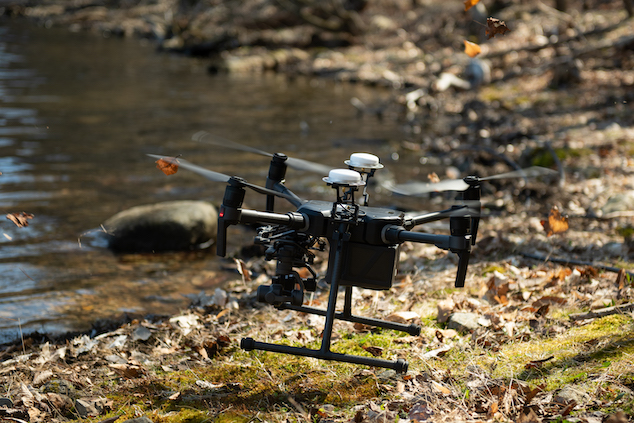 Rising above the challenges

In spite of all obstacles, we managed to fly all 15 sample units before our end-of-winter deadline and obtained over 500 thermal images to be processed. I am excited to see if we were able to obtain an accurate estimate of the deer population on the Reserve. Regardless, it was an incredible learning experience, and I am glad to discuss the challenges that were faced, so that improvements, solutions, insights, and workflows can be proposed. This will hopefully allow researchers and students to have more confidence in their approach to drone surveys going forward.

May 3, 2022. 16 years of monitoring white trillium at the Gault Nature Reserve.

I see a deer here, a deer there… are they everywhere?

THE DEERS LOVE THE FLOWERS TOO!

May 18, 2021. Forest ecology is a complicated web of interactions and over browsing by deer can disrupt the strands of the web and the balance of these interactions.

Article published (in French) on July 12, 2018 in Le Devoir by Amélie Daoust-Boisvert for the Grandeur Nature series.