McGill University’s Gault Nature Reserve is a private reserve that protects nearly 1000 hectares of natural environment. Situated at Mont Saint-Hilaire, approximately 40 km from Montreal, this panoramic natural landscape is ideal for viewing the last great vestiges of old-growth forests in the St. Lawrence Valley. With its 25 km of trail network, it is open 365 days a year for the enjoyment of visitors.

Affiliated with the Faculty of Science at McGill University, the Gault Nature Reserve team offers support for natural science research and teaching while providing a wide range of services to the university community and the general public. 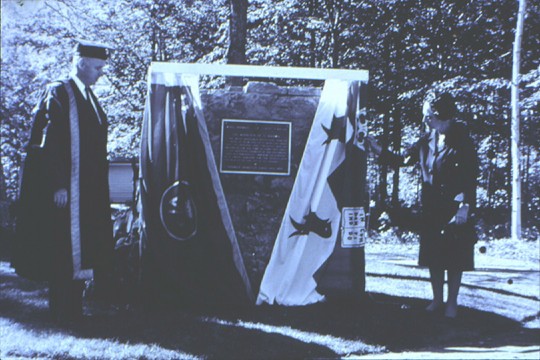 The Gault Nature Reserve passed to McGill University in 1958 through a bequest from Brigadier Andrew Hamilton Gault that specified:

"...that its beauties and amenities may be preserved for all time to come, not only to the immediate interests of the university itself, but through its corridors of learning, as a great heritage for the benefit and enjoyment of the youth of Canada."

Mission of the University

The mission of McGill University is the advancement of learning and the creation and dissemination of knowledge, by offering the best possible education, by carrying out research and scholarly activities judged to be excellent by the highest international standards, and by providing service to society.

Mission of the Reserve

Of all the Monteregian Hills that rise so majestically from the floor of the St. Lawrence Valley, Mont Saint-Hilaire (414 m) is by far the least disturbed by human activity and the richest in terms of natural beauty and cultural interest. Lac Hertel (32 ha), surrounded by the only remaining old-growth forest in the region, forms the heart of the mountain.

600 species of higher plants have been identified, including many species designated as threatened or vulnerable in Quebec and Canada. Some of the trees in the forest are over 400 years of age. There are over 800 known species of butterflies on the Reserve and its surroundings.

The unusual geology of the mountain adds to its scientific interest. Mont Saint-Hilaire is considered one of the top mineralogical sites in the world. There are 353 known types of minerals, 50 of which are new to science. Several others have been collected but have yet to be described.

Mont Saint-Hilaire also occupies a special place in the cultural history of Quebec and Canada through its influence on the work of Ozias Leduc, an artist who lived and worked at the foot of the mountain. Paul Émile Borduas, a student of Leduc, also lived in the region for many years. For more information, visit the Musée d'art de Mont-Saint-Hilaire.

In 1978, the Gault Nature Reserve became the heart of the first Canadian reserve in the UNESCO Biosphere Reserve network, now represented by the Mont-Saint-Hilaire Nature Centre.

From 1958 to today, an evolution of the mission, in accordance to Brigadier Andrew Hamilton Gault.
Learn more

The human history of Mont St. Hilaire is fascinating. The fate of the mountain has been closely connected to the lives of the men and women who have shaped this land.
Learn more

The Gault Nature Reserve is recognized as a nature reserve, in accordance with the provisions of the Natural Heritage Conservation Act.
Learn more

Three distinct management zones were created to address the problem of balancing man's use of the mountain with ecosystem preservation.
Learn more