Invasive Species: A Study of Tench and Their Invasion Potential

The Tench (Tinca tinca) is a fish species native to Eurasia that was introduced to the St. Lawrence River via the Richelieu River in 1986. It is now threatening the Great Lakes basin and was found for the first time in Lake Ontario in October 2018.

To understand the potential impact that Tench might have on the Great Lakes Basin, McGill Ph.D. student Sunci Avlijaš conducted a study in 2018 examining the effects that temperature and type of lake environment have on Tench growth. Sunci and her team used the Gault Nature Reserve facilities to perform one of two experiments.

In this study, they collected adult Tench caught in the St. Lawrence River and exposed them to different living conditions. The goal: identify if the various habitats found between the St. Lawrence River and the Great Lakes are suitable for Tench and how that may affect their ability to spread geographically. The results of this study, published recently, indicate that they may be better at invading than scientists initially thought.

An adult Tench used in this study (photo: Sunci Avlijaš)

What is an invasive species?

Invasive species are plants, animals, or other organisms that negatively affect an ecosystem after being introduced outside their natural habitat. In recent years, the warmer temperatures due to climate change have increased the threat of invasions. Indeed, as temperatures rise, places that were once too cold for certain species to survive are now warm enough for the invasive species to survive and sometimes even thrive. Understanding the range of temperatures a species tolerates is therefore crucial.

Can Tench feed in different temperatures?

In the first experiment, the researchers collected 13 juvenile Tench from the St. Lawrence River and brought them to their laboratory. Once in the lab, they placed the fish in tanks with temperatures of 18oC and 26 oC, the upper and lower limit of their preferred feeding temperatures.

The researchers found that Tench could not eat all the available prey in colder water, leaving some to reproduce and populations to bounce back in the following year. However, in warmer waters, they could find and eat all the available prey leaving none behind to reproduce. These results demonstrate that as temperatures warm Tench will be more likely to deplete prey populations in the regions they invade, leading to more devastating impacts on the ecosystem.

The advantages of using the Reserve’s facilities

In the lab, Sunci and her team were also surprised to find that Tench did not have a harder time feeding in rocky environments than on sandy lake bottoms. They wanted to confirm these results in a larger setting to see how adult Tench responded; this brought them to the LEAP facility at Gault Nature Reserve.

"Having access to facilities at Gault allowed me to scale up experiments on the impacts of Tench […]. In our downtown lab, I had been limited to extrapolating conclusions from experiments with small juvenile fish but using the mesocosms we built at Gault, I was able to test whether adult Tench are better at finding and eating prey in some habitats than others. This yielded valuable information for the management of this invader." explains Sunci.

Why does the feeding environment matter?

For this experiment, the researchers caught 15 adult Tench in the St. Lawrence River and brought them to the LEAP laboratory, where they placed the fish in large artificial ponds. Because Tench are bottom-feeding fish, the researchers replicated three different environments in these ponds to see how the fish would feed on various lake bottoms: a sandy bottom, a rocky bottom, and no bottom. By looking at the changes in fish weight, they could evaluate how each lake bottom affected their ability to eat in different environments.

While Tench are generally known to prefer to feed in sandy environments, this study shows that they are also more than capable of feeding in rocky habitats. This surprising adaptability means that Tench may compete with native fish both in rocky and sandy environments, which was not expected.

These results also mean that Tench can more easily travel over long distances and invade other areas if they can eat in various environments along the way to their destination. "It's like when we go on road trips. If there was nowhere to refuel along the way, we would be limited in how far we could go. If there are gas stations along the route, however, we could go pretty much anywhere as long as it's connected to the road." explains Sunci. This finding is worrying, given that water bodies essentially act as roads connecting over long distances. "If Tench could not feed on a rocky substrate, they may not have been able to get to Lake Ontario (at least not without help from humans)." 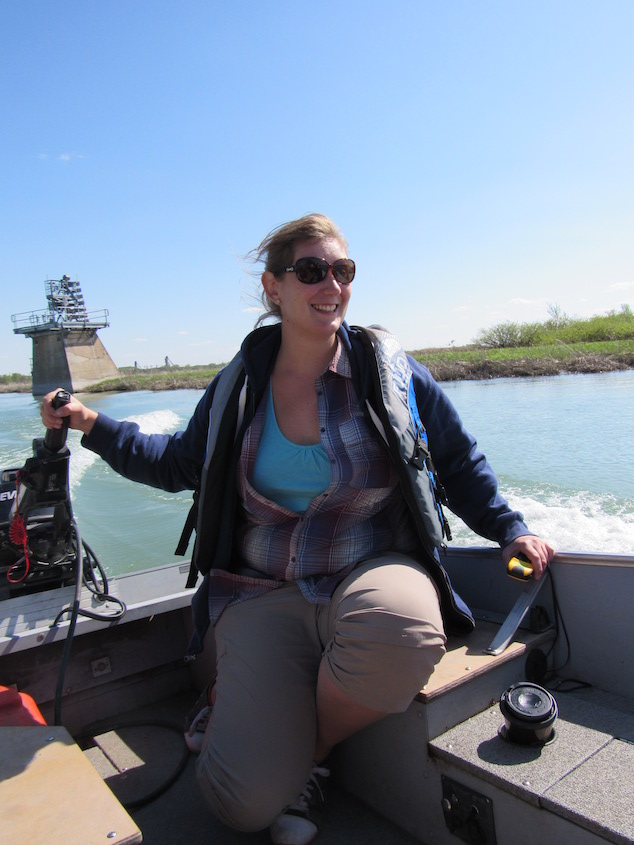 Sunci wrote her paper in the Ricciardi lab as part of Ph.D. and was supervised by Dr. Nicholas Mandrak of University of Toronto and Anthony Ricciardi of McGill University. She is currently finishing up her Ph.D. and is also working as a biologist for Fisheries and Oceans Canada coordinating Atlantic Salmon Assessment.

The article Effects of substrate and elevated temperature on the growth and feeding efficiency of an invasive cyprinid fish, Tench (Tinca tinca) by Sunci Avlijaš et al. was published in Biological Invasions in March 2022. DOI: doi.org/10.1007/s10530-022-02778-7